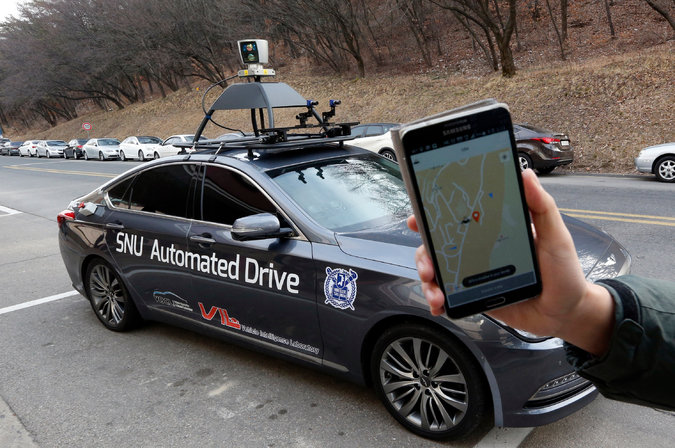 SOMETIME in the future — although no one quite knows when — your morning commute may look something like this: Open an app, summon a car and wait for the arrival of a driverless vehicle that will whisk you to work like a ghost chauffeur.

For many of the automakers and technology companies gathering at the World Economic Forum in Davos this week, the big question is not whether such an event could become a reality, but whether we are ready.

The short answer: We are not.

“The technology is really advancing faster than we had originally anticipated,” said Steve Hill, the director of the governor’s office of economic development in Nevada, the first state to pass legislation allowing driverless cars to be tested, according to the National Conference of State Legislatures. “I wouldn’t really say that Nevada, or really any place else, has really developed the policies that will be needed to facilitate the industry moving forward.”

By many accounts, Mr. Hill is right. Even though fully autonomous cars could be ready for the road within the next decade, only 6 percent of the country’s most populous cities have accounted for them in their long-term plans, according to a study from the National League of Cities, an advocacy and research group. 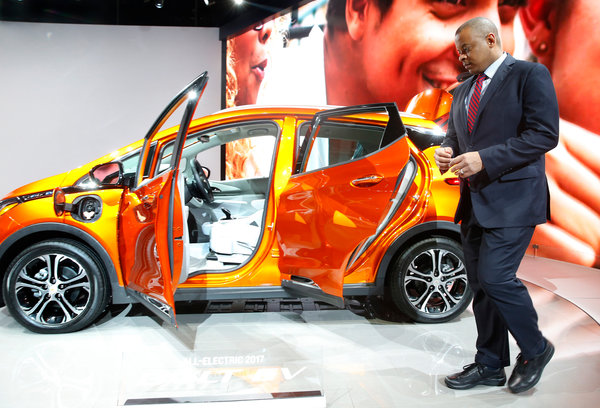 “If governments are not equipped to react quickly when automated vehicle technology is ready for use by consumers, that will be a challenge, and it has the possibility to delay consumer benefits from this technology,” said Emily Castor, director of transportation policy at Lyft, which has announced a $500 million partnership with General Motors dedicated in part to developing autonomous cars.

Google, Uber, Tesla and a host of automakers have been moving at full speed to develop driverless technologies. Although the federal government has expressed support, it has so far left regulatory decisions to state and local governments.

“Paradoxically, despite a lot of cities thinking this technology is coming, very few have started to plan for it,” Mr. Mitchell said.

That’s encouraging for companies that have been bullish on driverless technologies, but have until now faced a patchwork of cautious legislation: Only a handful of states have passed laws relating to the testing of autonomous cars, and no state expressly allows a completely driverless vehicle on the road

California’s Department of Motor Vehicles recently proposed requiring a licensed driver to be in the car at all times. That could be a disappointment for companies like Google, which is currently testing a fully autonomous vehicle in Mountain View, Calif.

“We’re encouraged that federal authorities want to work with states and chart a path forward for self-driving cars,” said Johnny Luu, a spokesman for Google. “We stand ready to work with policy makers at all levels to educate them about the benefits of this technology.”

Many local governments see the potential for driverless vehicles to solve urban ills like parking, congestion and even mobility for lower-income residents.

But drafting policy for a technology that is not yet on the market makes it much more complicated to answer important practical questions: Do we need extra lanes, but less parking? More curbside space? How will the cars communicate with traffic signals, and who will be responsible when there’s an accident?

“It’s probably more fair to say that we are engaging on the issue than we have developed a plan for it,” said Ron Achelpohl, the director of transportation and environment for the Mid-America Regional Council, an association of local governments in nine counties in Kansas and Missouri. “Until these vehicles start penetrating the market, it’s going to be difficult to account for how people use them and behave differently.”

Some automakers already sell vehicles with a number of semiautonomous functions, meaning that the cars can intervene on a driver’s behalf but still require a human at the wheel. Some Ford vehicles, for example, can come equipped with the ability to sense when it is drifting into another lane and correct the steering, or even help the driver park.

But some who advocate driverless cars say that the full benefits come only from a completely autonomous vehicle — no human required.

“The long-term goal is to have full autonomy, because that’s really where you start to see the benefits from a city perspective, from a safety perspective,” said Brooks Rainwater, the director of the City Solutions and Applied Research Center at the National League of Cities.

A car that could spend the day picking people up and dropping them off, for instance, could greatly reduce the need for parking. Companies like Lyft, for example, hope that urbanites of the future will even forgo car ownership altogether.

That could have big implications for places like Los Angeles, a city known for both its massive parking structures and its limited use of public transportation.

“When you think about the impact on our physical city, the idea of maybe smaller roads, more compact travel, repurposing parking structures and parking lots,” said Ashley Z. Hand, the transportation technology strategist for the city of Los Angeles, “it’s a huge opportunity.”

Faced with the prospect that driverless technology will quickly outpace regional policy, other local governments across the country have committed more efforts to driverless vehicles. The motivations are not just practical: Driverless car companies can bring more jobs, grants and positive attention.

Mr. Hill’s office in Nevada, for example, recently announced that it would create a specific unit devoted to autonomous cars that could serve as a single point of contact for the industry. Driverless cars could also play a large role in which city is awarded $40 million from the Department of Transportation as part of its new Smart City program.

“There’s a lot of cities talking as we speak,” said Susan Shaheen, a co-director of the transportation sustainability research center at the University of California, Berkeley.

Austin, Tex., where Google is also testing its driverless cars, is already planning to apply for the Smart City challenge, according to the mayor, Steve Adler.